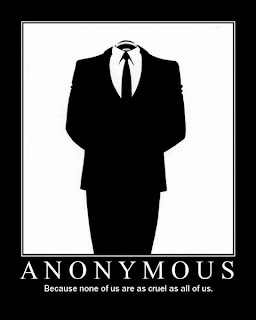 I can't remember the source, but there's some sci-fi story I've read where the conclusion reads along the lines of "They could withstand the fiecest of our weapons, they could defeat us intellectually, but in the end, I think they died of sheer culture shock" - the looks on the faces of the scientologists when faced with a crowd in which a lone voice shouts: